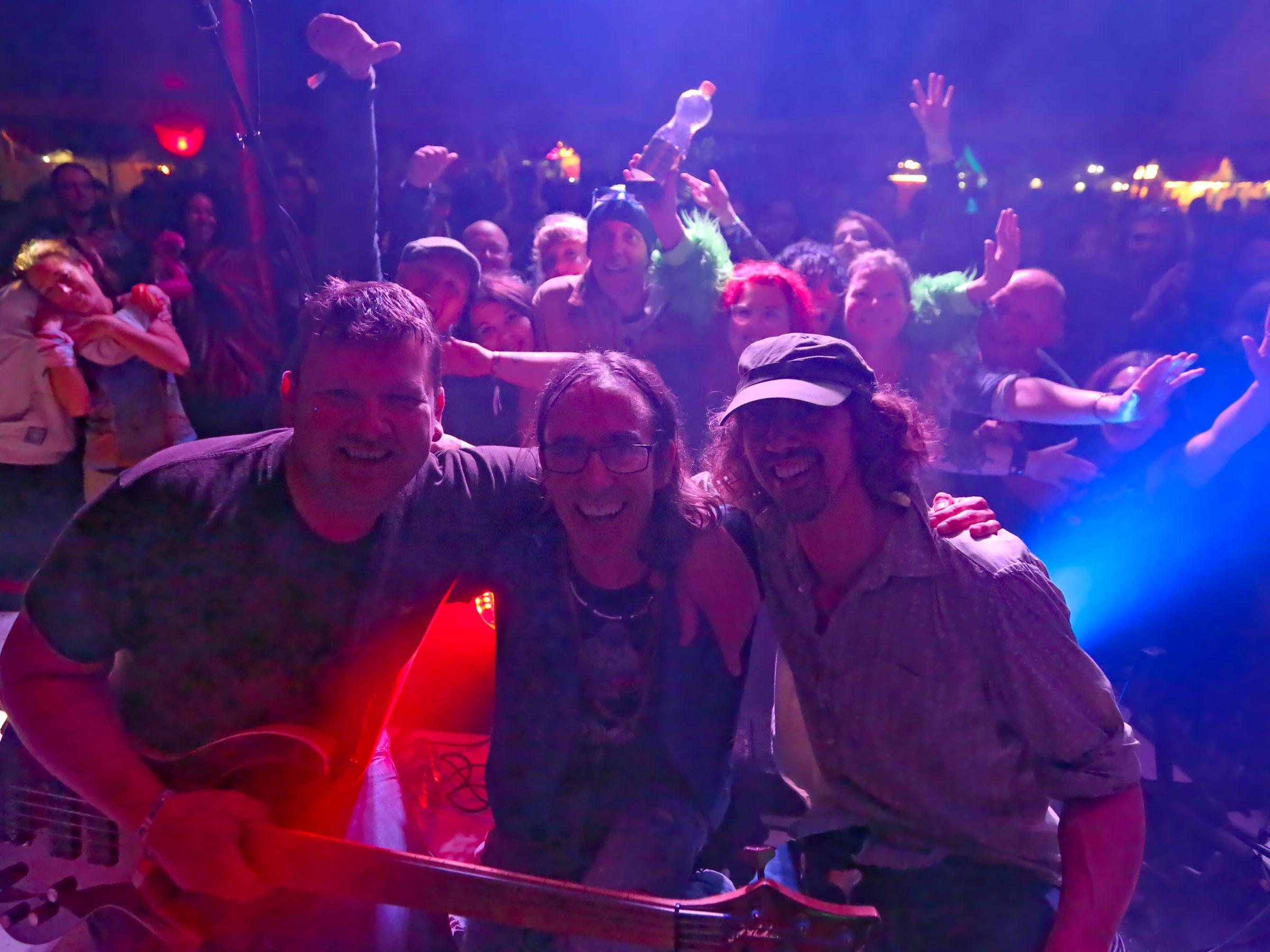 is a three-piece band based in Belper, Derbyshire, creating original music to make people dance with a smile.  They are all about great sound, great lighting, and great atmosphere.

Water for Dogs is Richard Snell on synths & samples, Matt Aitken on guitar, and Chris Sharman on bass.  They are a uniquely unclassifiable sound that has resulted in a passionate following of fans aged 6 to 60-something, the sell-out of a limited pressing of their first record, “sounds like something”, and numerous repeat bookings at live music venues and festivals, where it is not uncommon to hear comments like, “best band of the festival!!”, or “now I have to go away and rethink everything I thought I knew about music!”
Water for Dogs is high-energy, eclectic, exciting, and probably like nothing you’ve ever heard before. 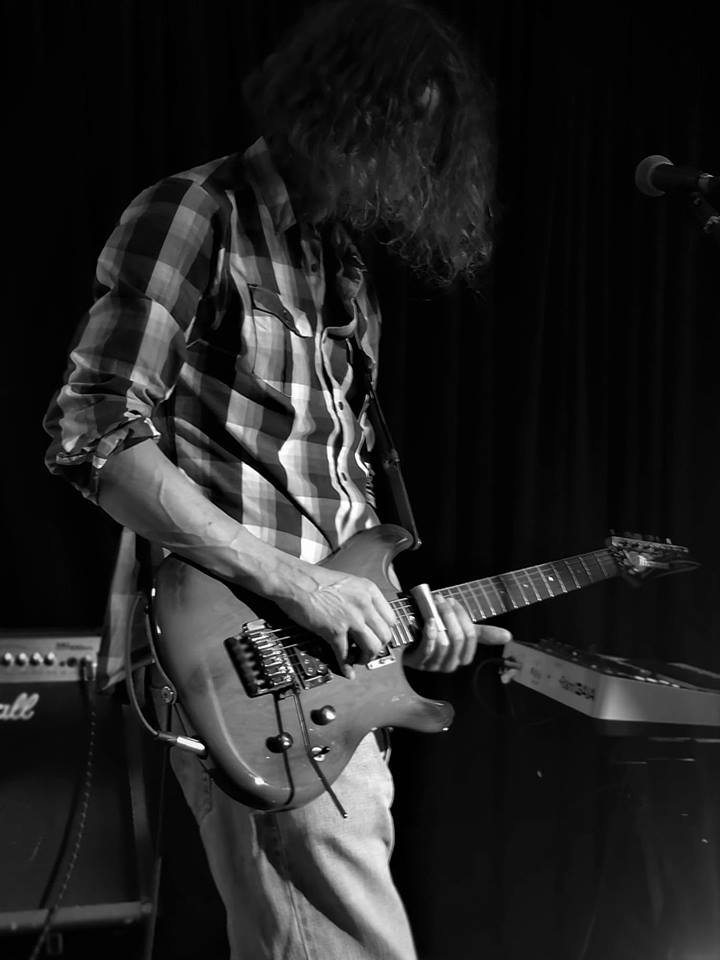 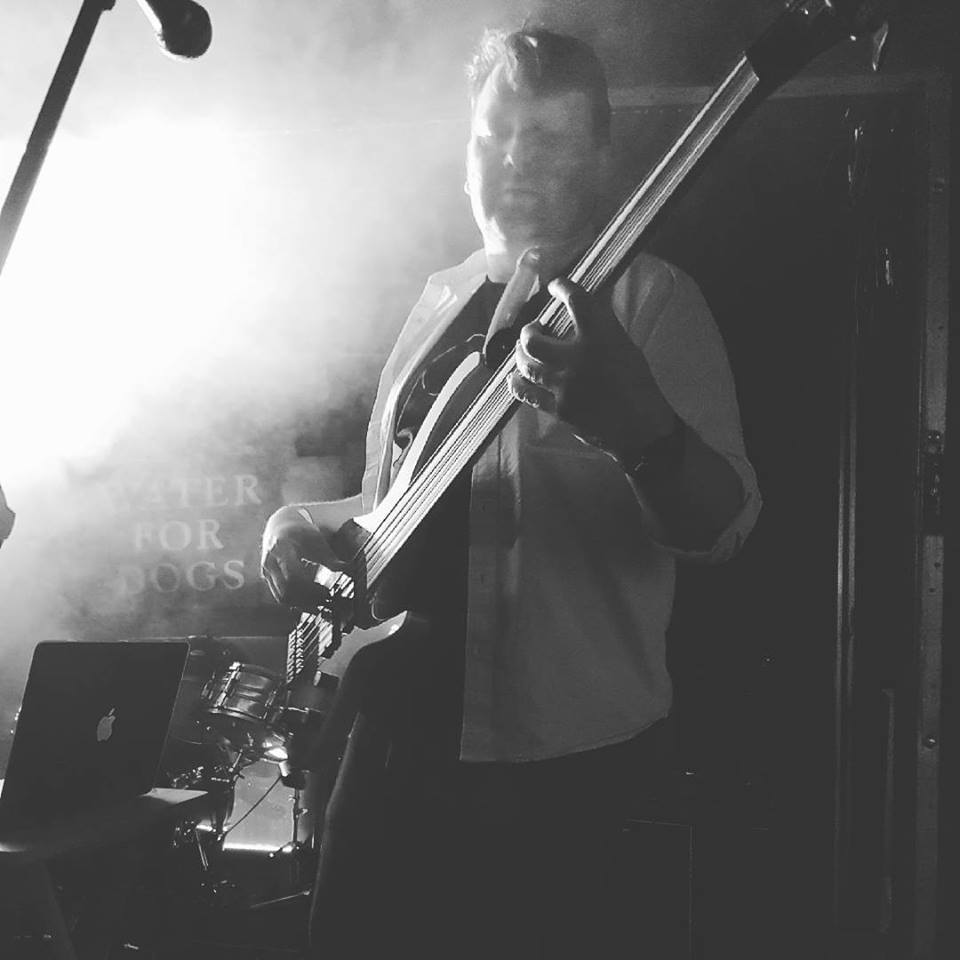 It’s Mr. Bass himself. Soon to create one of the toughest challenges ever to be staged – to stand in a room and not move whilst he plays bass. Ha! No chance! Dance, funk, electric bass lines to die for! 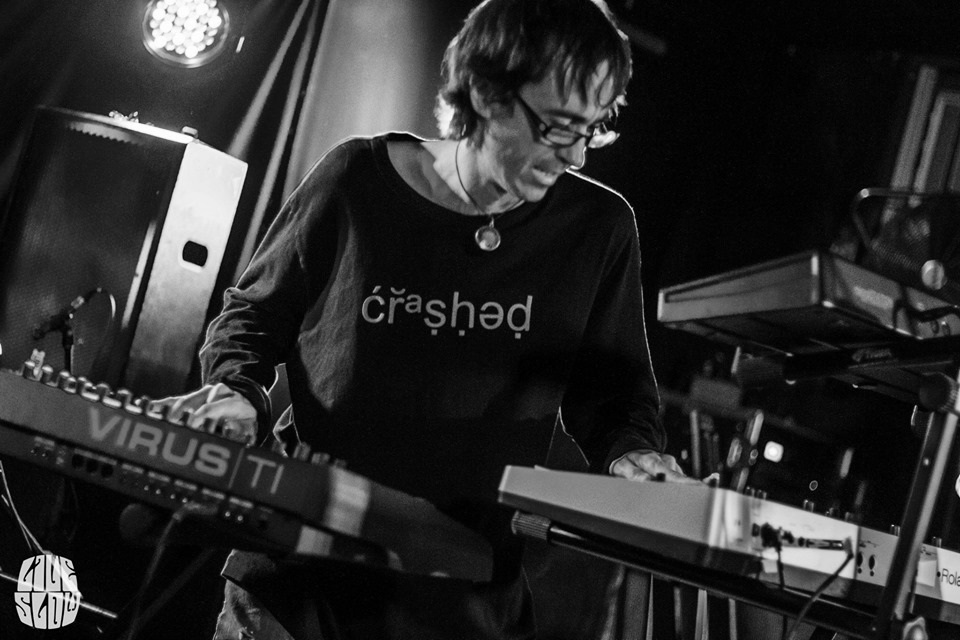 It’s said he sucks in power via his numerous synths! Known for his crazy playing style and thin-ness – he secretly plans to dominate the synth world (but don’t mention the wedge of wonder)

Superb at Bearded theory. One of the event highlights – thanks!

Caught these guys at bearded Theory. One of my favourite discoveries of the festival.

Whatever ‘it’ is… theyve managed to slap a beat on it and bring absolute joy to the masses. These guys epitomise that festival carefree dance like a loon vibe and dare you to let go. Every single time. No flaws All raw And unrivalled in funk!

I have been all over the shop to watch Water for Dogs and they never disappoint, the energy is infectious and the pyscofunk groove is, well let’s just get it out there, COSMIC . Cheers guys and keep up the good work!

One of the best new bands around! Fantastic grooves. Epic tunes, surely destined for bigger things.